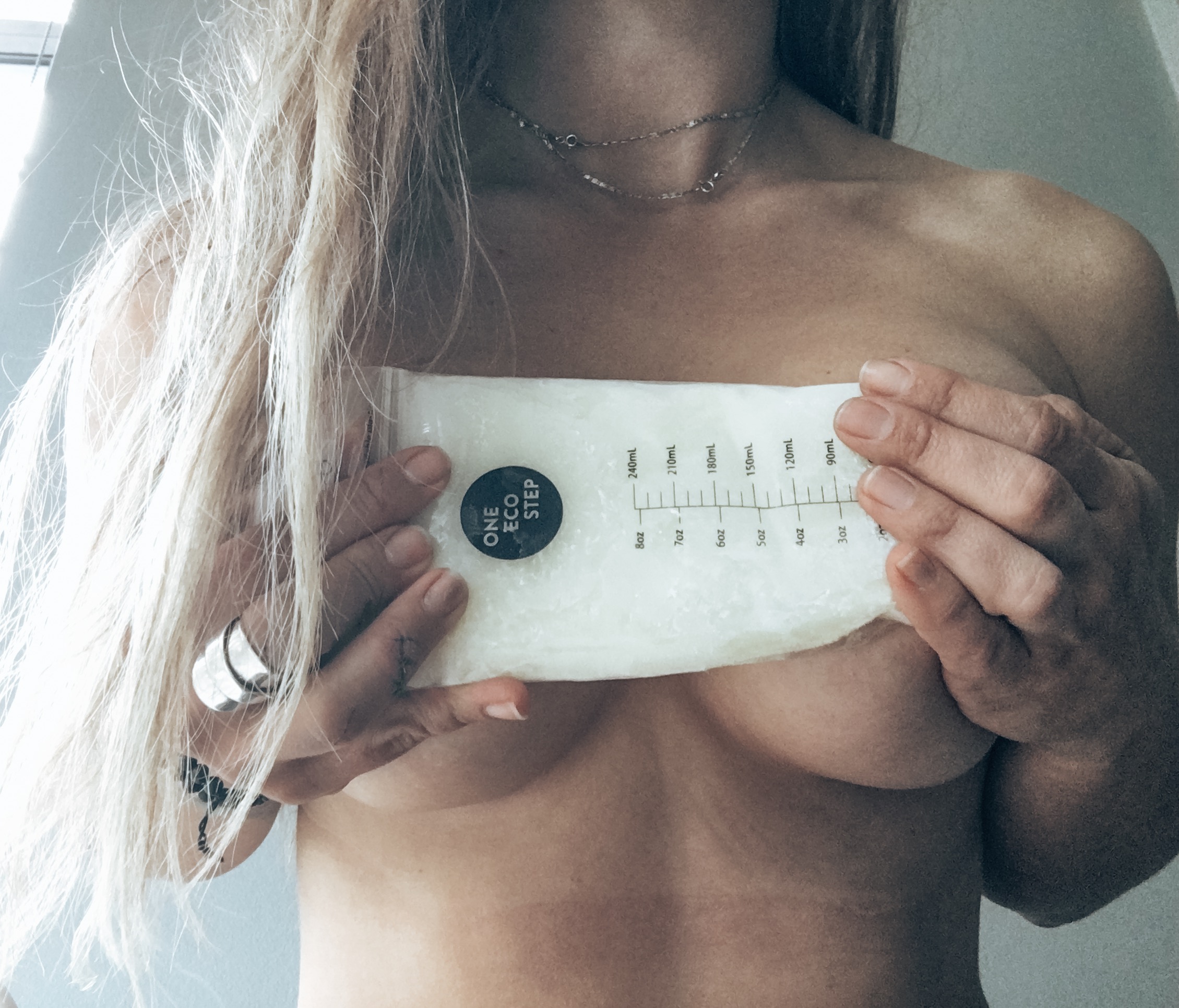 I have been wanting to share my story since it began in April 2018. Here it is 🙂

I’m Cherry, 33, from Wales, now residing in Sydney, Australia. When I was 21 I had minor surgery to correct the imbalance of the shape and size of my nipples. At this time in my life I was self conscious, clearly far too vain and had my priorities all wrong. But I was 21, so as much as I regret my decision to go under the knife, I forgive and understand my youthful and naive self. The surgeon told me it “may” effect breastfeeding, I was never told that it WOULD effect breastfeeding; although given my mindset at the time I’m not sure whether it would have made a difference to my decision regardless. I was by no means thinking about having children.

Fast forward 10 years; I am living in Australia, pregnant with my first child. 31 year old me is quite different to 21 year old me; my priorities have done a 360 degree turn. I live as much of a natural existence as is possible and I am now faced with the possibility of not being able to breastfeed. What do I do? Throughout my pregnancy my gut feeling was that my body was going to miraculously heal itself, I had read in forums that this can happen. I had the smallest amount of ‘leakage’ during pregnancy which gave me hope. Therefore, as much as I kept an open mind to possibilities, it wasn’t until my baby arrived that reality hit.

My sister, Crystal had a 10 month old baby whom she breastfed, she was my hero and expressed for me ‘just incase’, but only during her short visits to Australia as at that time she was living in the UK. She provided me with enough milk to last approximately a month. I had an elected c-section (due to a VERY large cyst – that’s for another blog!) so I took a bag of Crystals milk with me to hospital to be prepared, again ‘just incase’. I was the first person that the nurses had seen who had brought along donor milk and not formula, THIS is why I am telling my story.

My journey would have been SO much easier, so much quicker and so much more normal had more people like me told their story of what is available outside of formula.

I worked hard with lactation specialists who suggested a supply line as a way to encourage my body to express it‘s own milk; this is when you attach a bottle or in the early stages a syringe to a tube which feeds down in-line with the nipple. The baby suckles as normal, thus encouraging my body to ‘let down’ milk, whilst receiving donor milk from the supply line. I tried this for 2 weeks and eventually concluded it wasn’t going to happen for me. I moved on to a bottle which I was ok with, but the guilt I felt when I looked at that bottle of milk which had not come from me was gut wrenching. The guilt I felt and the mental pain it caused when I allowed myself to think about what was in that bottle was like nothing I had felt before. To some that might sound silly, but combine being a new mum with new mum hormones and you should understand. The only way I could initially cope was to act practically and lock the emotional connection in a little box at the back of my mind.

Crystals milk was swiftly running low, so I needed a plan fast. In the UK there are some milk banks which to my understanding are common and accessible, Australia doesn’t work this way. Australias milk banks are predominantly private through the hospital to provide milk to premature babies, it is generally not made publicly available. But I did manage to find one milk bank that would sell to me. For those that aren’t aware; milk banks are organisations that accept donor milk, they test it to ensure it is safe and they then pasteurise and freeze it. This milk bank that I found was in Brisbane and the milk was expensive; it was $10 per 100ml and I then had to pay to fly it to Sydney. I bought all that they had available, which would only last me approximately 2 weeks, I then used this time to research what I was going to do because this option was not affordable for longevity. I came across a lactation nurse who recognised the need for human breastmilk (as does every lactation nurse that I encountered), she was working on opening a milk bank in Sydney where you can attend and have your donor milk tested and pasteurised. She told me she was hoping it would be open in a month or so, therefore I bought a few more times from the Brisbane milk bank to buy me some time. Time passed and there was no news; she had encountered a problem and was now hoping to be open by the end of the year. I was devastated. But she had given me some information on where I could obtain charitable donor milk and how I could boil the milk at home, this information would prove to be imperative.

For those of you who have taken the time to read my blog, I’m sure you are thinking the same as I was at that time; there is no way I can give my baby donor milk without knowing that it is safe, therefore simply boiling it at home wasn’t an option. Until I discovered more information. After many stressful, emotional hours online chatting to others, reading forums, visiting sites around the world, I eventually found a path that I was happy to take. I came across a page called Eats on Fleets, here it is discussed how you can pasteurise milk at home to a point where you kill all bacteria and diseases up to HIV without damaging the antibodies (FYI formula does not contain any antibodies). The process was created and documented as a way for mothers in HIV affected areas to pasteurise their own milk before feeding their babies and potentially passing on HIV. It was an easy process, albeit time consuming. I also had to become very knowledgable on times before milk in various conditions would spoil; again this was no problem, it just took research to find the answers.

So, I now know how to pasteurise donor milk, I just need to get some donor milk. There is a world organisation called ‘Human Milk For Human Babies’, you will find a Facebook page/group for most areas all around the world. These pages are flooded with ladies donating donor milk and ladies needing donor milk, it is 100% not for profit. What I discovered was that those donating their milk of course had to have young babies themselves, therefore you could be ‘sure’ that their milk was healthy for them to be breastfeeding their own children and you could also request to see their blood results that they would have had taken during pregnancy should you wish. Many ladies choose to go on those results and trusting in their donor and don’t further pasteurise, which I completely understand as once you enter this world it is magical and those involved have the kindest hearts. It would take a special kind of some one to donate ‘bad’ milk. I completely trusted in my wonderful donors, but for peace of mind I would home pasteurise to ensure no bacteria was present and to kill potential (but highly unlikely) diseases. No, pasteurising does not remove tobacco or alcohol, that is a risk you take but in my opinion after building relationships with donating ladies, it is a very small risk. My donors came in all shapes and sizes, therefore something else to consider was the diet of my donors. I learnt that a healthy diet was of course important, but if in some cases the diet wasn’t quite as good as I would hope for, breastmilk has a consistent composition of which diet actually has a minor effect on.

I would drive far and wide collecting milk from ladies off ‘Human Milk For Human Babies NSW’ and I would home pasteurise every morning and evening. It felt so good to know my boy was getting the next best thing to his mums milk. It was time consuming but worth every second of effort.

Now I was in to the swing of my donor feeding life I began to tell my new mum friends, they were so interested, supportive and positive, it actually resulted in a few of the super mums donating some of their stored milk to me. Amazing! Taking ‘sharing is caring’ to a whole new level; they were helping me raise my baby. This is so special and an experience I will cherish.

I proudly raised my baby on human breastmilk for 13 months. I was happy of my achievements and although continuing with breastmilk would have been the optimum choice, I was satisfied I could now provide him with everything he needed through his diet. Another reason for stopping at 13 months was there is still not enough donor mothers, therefore there is competition to obtain their milk. The older your baby becomes the less priority you may receive.

Crystal has another 6 month old bub called Dylan, in preparation for my second pregnancy she has FILLED her chest freezer for me! What a LEGEND!! She is feeding Dylan, still feeding her needy 3 year old haha! AND has managed to fill a freezer of expressed milk. Crystal and my friend Amy have even managed to express some colostrum for me to give my second baby the absolute best start possible. My second donor milk journey will be a much smoother one thanks to my legendary sister and all the other amazing donor mummas out there.

I hope my story can change the unnecessary negative perception of donor milk, rid the shame and guilt of not being able to supply your own milk, help parents on a smooth and fast donor journey, allow you to enter a new wonderful and kind world that you didn’t even know existed and also to enlighten anyone with excess milk; there is a huge demand for your wonderful liquid gold. I would love to see a day where donor milk is the commonly practised second best option over the convenience of formula.

Even though this blog is long, I have not included so many details that I could have so if you have any questions please please please reach out. You have no idea how much I want to help you any way I can.

I hope my story can raise awareness of human milk sharing, rid the shame and guilt of not being able to supply your own milk, help parents on a smooth and fast donor journey and allow you to enter a new wonderful and kind world that you didn’t even know existed. Also to enlighten anyone with excess milk; there is a huge demand for your wonderful liquid gold. I would love to see a day where human milk sharing is the commonly practised Plan B.

No products in the cart.

Your wishlist is currently empty.